Back to all news

Standing together for impact

70+ development finance experts gathered in The Hague at the occasion of EDFI’s Annual Meeting, hosted by FMO, on 13-15 May 2019.

Executives from European DFIs, together with senior officials from government shareholders and partner institutions gathered in The Hague to discuss the top issues relating to finance for development. This annual gathering has become a key moment for development finance leaders to take stock of progress and explore new strategic directions for the industry.

The European DFIs took stock of a strong performance in 2018 where the 15 member institutions in EDFI made new investment commitments of €8 billion, a 9% increase over 2017. Their combined portfolio of outstanding investment commitments reached €41 billion which represents an increase of 10% since 2017. At the end of 2018, 33% of investments were in Sub-Saharan Africa and 22% were in climate-related finance. Financial services and renewable energy were the biggest sectors and companies financed, directly and indirectly, by EDFI supported 4.4 million jobs, paid €12.3 billion in taxes and generated 80 TWh of electricity. The European DFIs also reported private co-finance mobilisation of €10 billion in 2018.

During a roundtable, EDFI member institutions shared their strategic priorities for the next 3-5 years. There was a common theme of demonstrating impact on the big development challenges. Shared priorities included intensifying involvement in Africa and fragile states, climate finance, support for SMEs, and a commitment to grow mobilization of private co-finance.
The discussions focused on the following topics: impact measurement, gender smart investing, mobilisation of private investment, and how to increase the room for investment in high-risk countries and sectors.

“The European DFIs have long been at the forefront of responsible financing for sustainable development. We now build on our long experience as impact investors with strong common commitments on effective measurement of impacts towards the SDGs,” explained Bruno Wenn, Chairman of EDFI.

A panel, composed by Nick O’Donohoe, CEO, CDC, Ronald Cohen, Chair, Global Steering Group for Impact Investment, Peter van Mierlo, CEO, FMO, Mildred Callear, CFO, OPIC and John Morton, Atlantic Council, presented the evolution of impact investment over the last decade. Maximizing shareholders value is no longer the sole motive of investments. As societal accountability of the private sector is gaining momentum, DFIs have a chance to set the tone, agree on common metrics to measure impact and develop storytelling strategies around impact investing. Being able to tell a collective story has now become a priority for the industry. The ability to do so will be intrinsically linked to the ability of DFIs to mobilise more private investment in emerging and frontier markets. 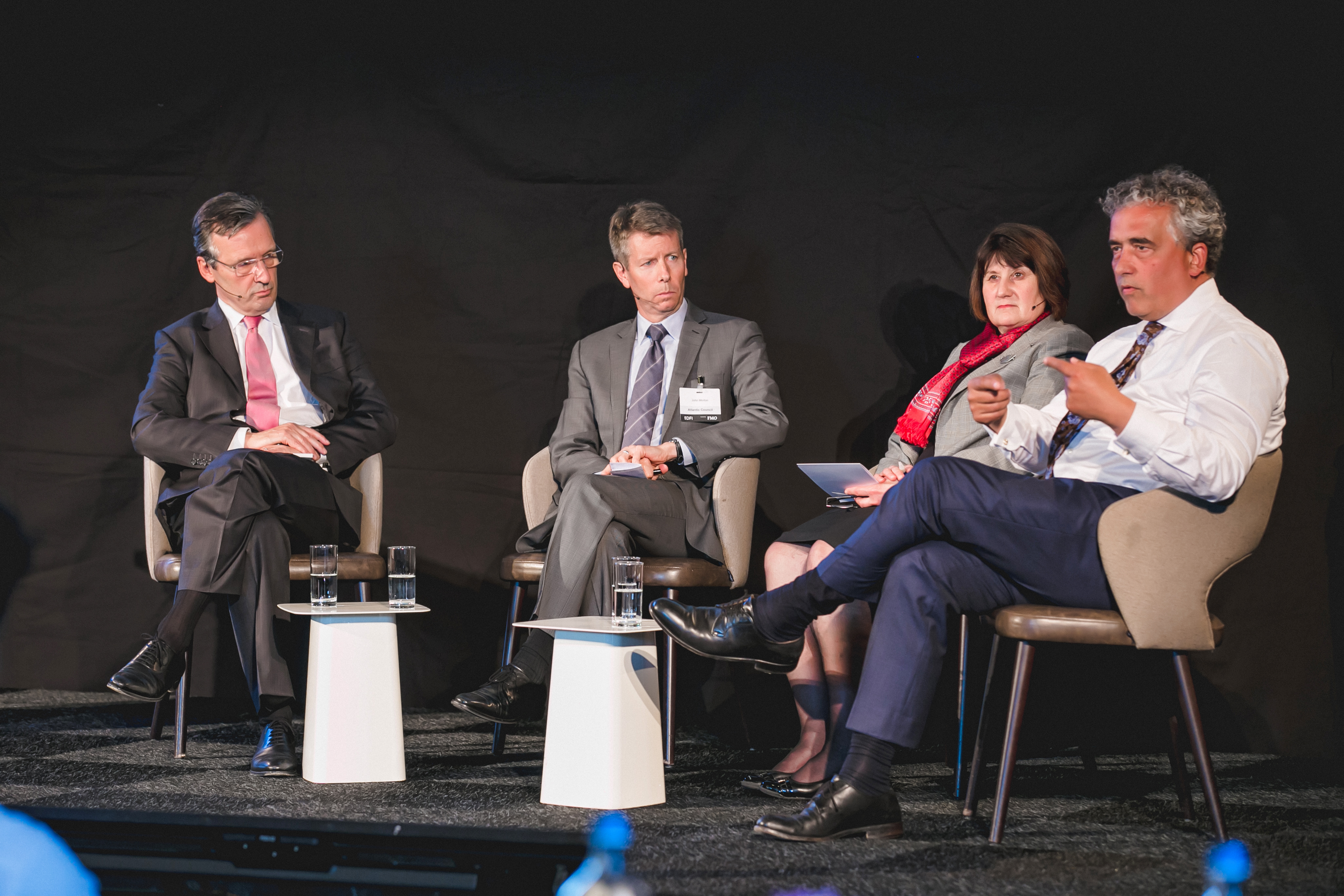 A number of DFIs have stepped up their efforts to increase gender lens investing through initiatives such as the DFI Gender Finance Collaborative and the 2X Challenge on Financing for Women. Suzanne Biegel – Founder, Catalyst at Large, introduced a panel session by presenting a strong business case for gender lens investing. With a 1.5 trillion-dollar financing gap in the SME space, the question is no longer why but rather how to contribute to reduce gender inequalities. Joined by Jen Braswell – Director, CDC and Paul Lamontagne – CEO, FinDev Canada, the panel discussed the opportunity for European DFIs to advance gender smart investing and contribute to the potential social and economic dividends. Data harmonisation was highlighted as an important step to focus on at this stage.

The debate was followed by the announcement that four additional European DFIs (Finnfund, FMO, IFU and Swedfund) had signed up for the 2X Challenge: Financing for Women, a $3-billion initiative to incentivise in gender smart investing (learn more). At the meeting, EDFI also endorsed a resolution to join forces to advance gender smart investing. 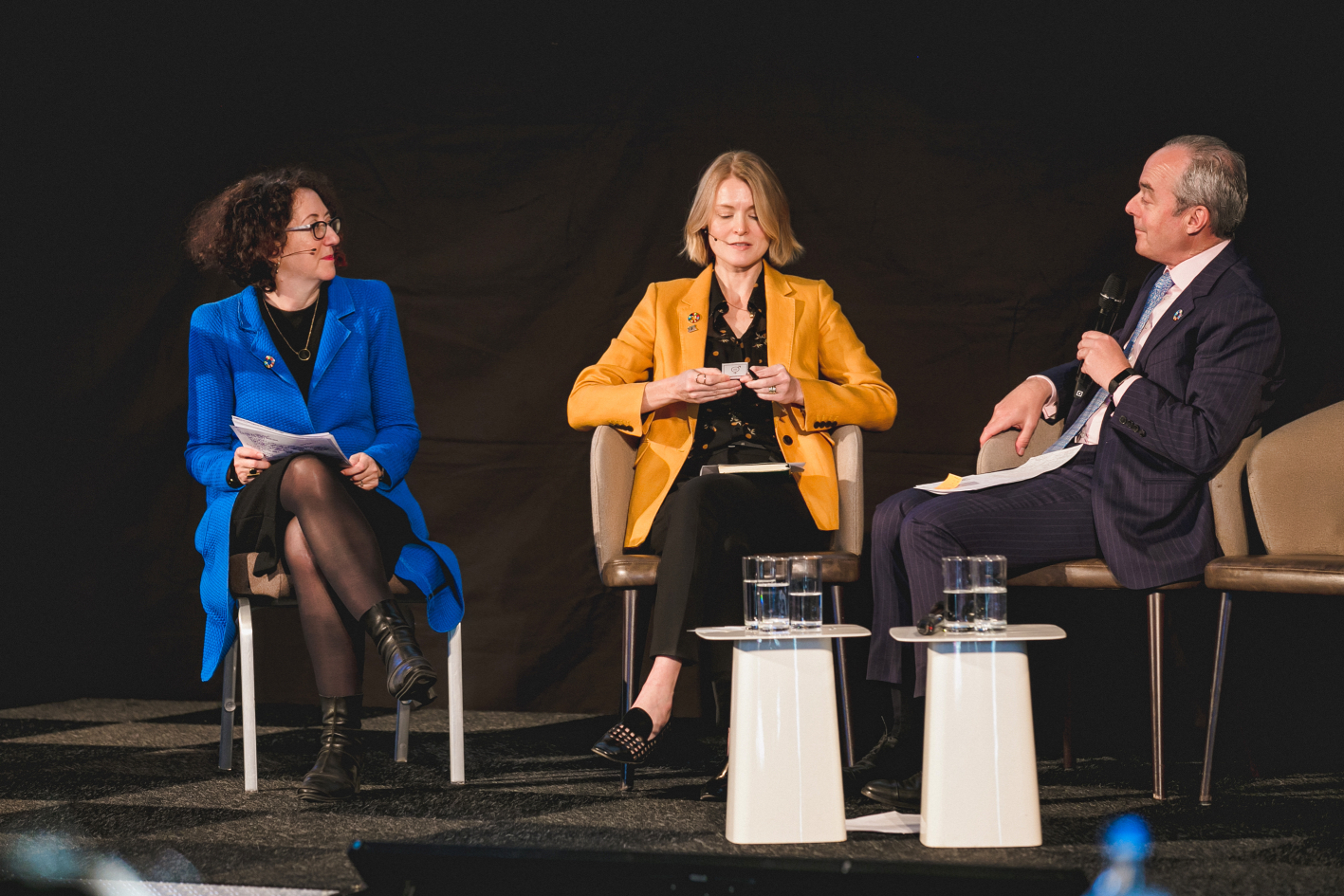 Suma Chakrabarti, President of EBRD, was the keynote speaker at the EDFI Annual Meeting. He highlighted the importance of bilateral and multilateral DFIs working together and to strengthen the global development finance architecture.

“Standing here, I can almost feel your collective power. But to paraphrase the EU’s own motto, we will only realise this diversity’s full potential if we are also united. United in our policies and united in the way we deliver impact, while also acknowledging and respecting our differences. With the right framework in place, and guided by our shareholders, I am convinced that, together, we can take that impact to the next level, the level we all need,” Suma Chakrabarti, President of EBRD. (read the full address here) 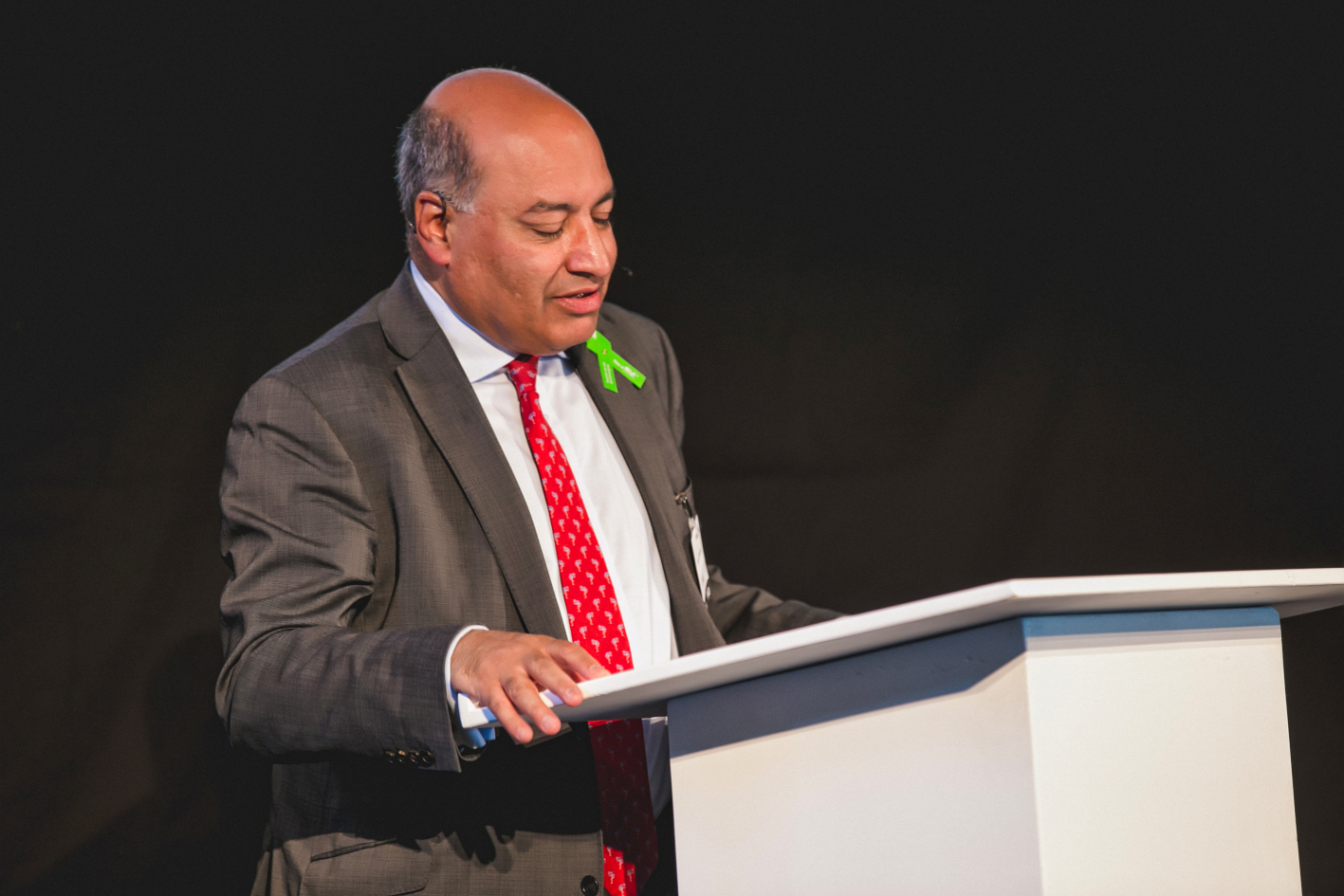 Capacity for investment in high risk countries and sectors 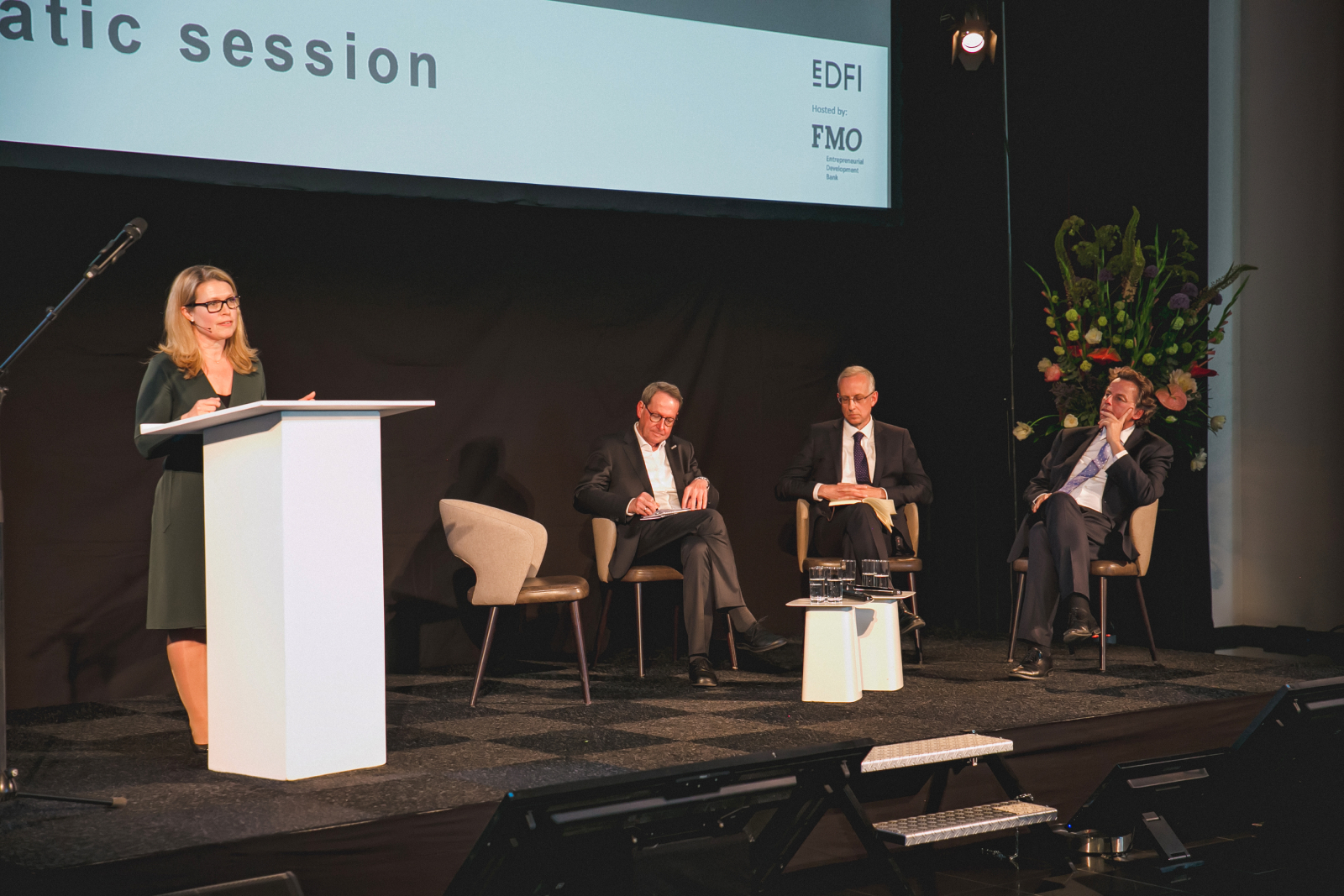 Appointments to EDFI board of directors

During the Annual Meeting, EDFI also elected a new Board of Directors, consisting of the CEOs of five member institutions and a Chairman serving in an individual capacity. The EDFI Board for the coming year will have the following members:

Bruno Wenn returns to the EDFI Board as Chairman of EDFI, serving in an individual capacity, following his retirement as CEO of DEG last year. The appointment of Mr Wenn follows the end of the term of Nanno Kleiterp who had, most recently, served as Chairman of EDFI since January 2017. Mr Kleiterp had served as Chairman of the EDFI Board twice before, while he was the CEO of FMO, and he was the first EDFI Chairman to serve in an individual capacity. EDFI also appointed Mr. Kleiterp as its first Honorary Chairman, in recognition of his special contribution to the development of EDFI over the past decade.

The dialogue will continue…

To conclude the annual gathering, Søren Peter Andreasen CEO of EDFI presented the upcoming milestones for European DFIs, moving from a group of bilateral development banks to an ambitious and impactful industry dedicated to their contribution to the SDGs. Mobilisation and harmonisation will be top priorities on EDFI’s agenda in the coming year.

The next EDFI Annual Meeting with shareholders and partners will take place on 14 May, 2020, in Rome.